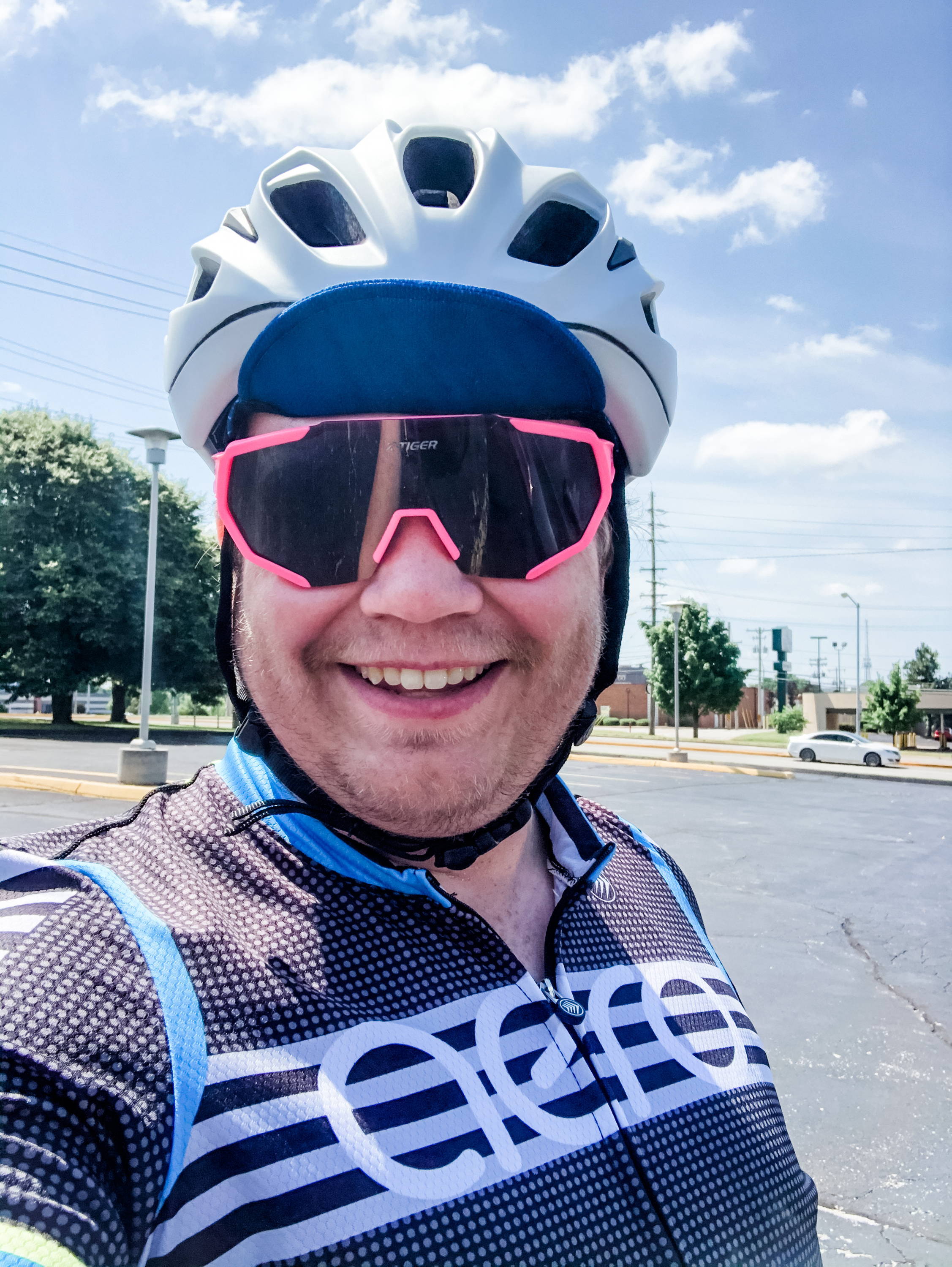 My favorite place to ride would be the rolling farm roads that surround my hometown. Within a mile of riding from my home, I find roads where I can ride for miles and see maybe a couple of vehicles. It is very peaceful and gives me a great opportunity to think and decompress.

I have a 1 year old Great Dane named Stanley who is an absolute joy to be around and takes up quite a bit of time. When there is not a global pandemic, I also love traveling, eating new and exciting food, and going to sporting events.

My biggest accomplishment in cycling was completing my first triathlon. 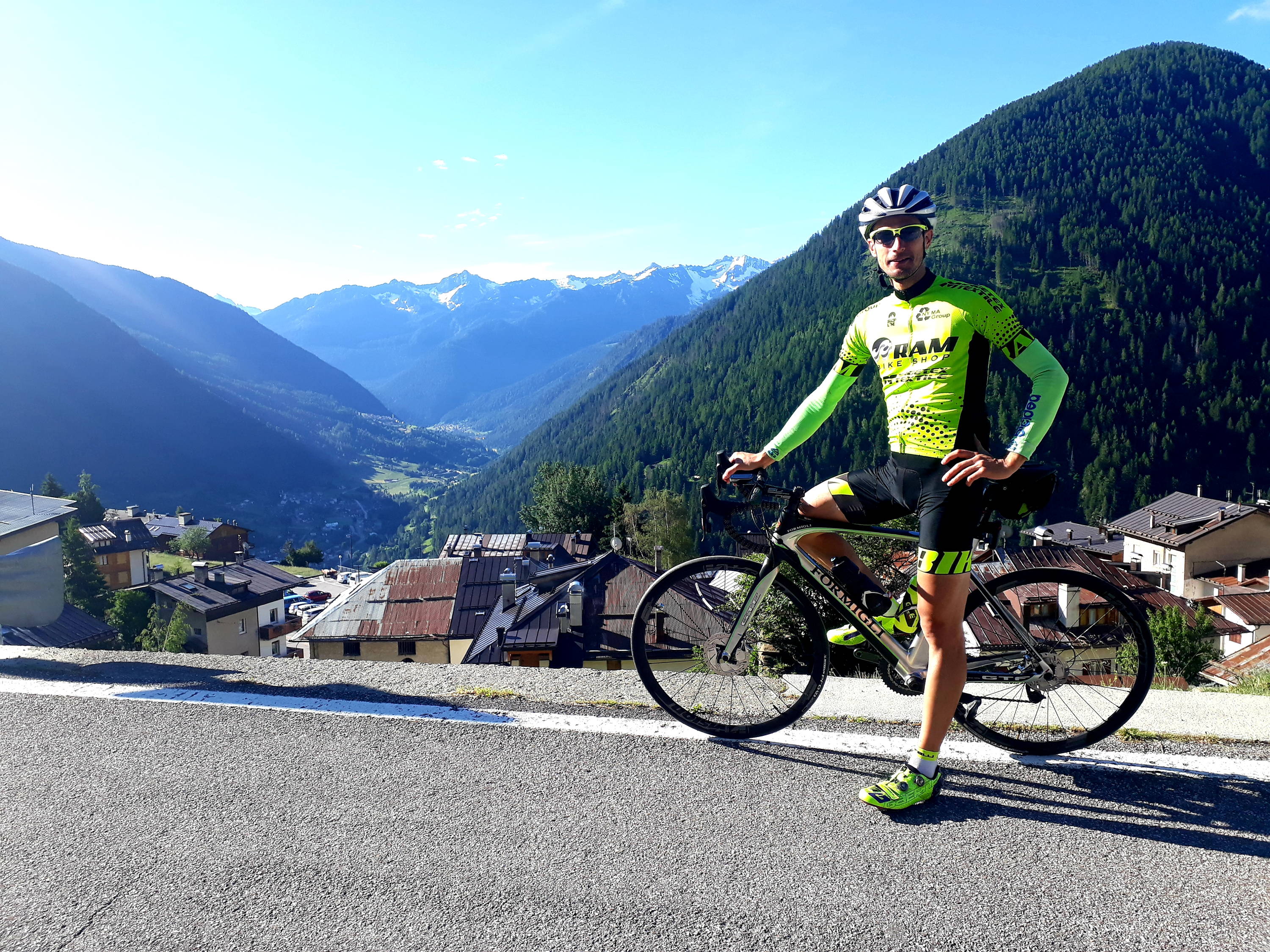 Simone Oggioni, born in Italy on 5th October 1984. Living in Lomagna, a small suburb nearby Como Lake area. Master's degree in Mechanical Engineering and working in a research and development office in the oil&gas market. Cycling has conquered a huge portion of his life year after year. Now he can share his passion with the woman he loves.
They pedal almost everyday up and down the hills nearby the hometown, but they also travel a lot through the Alps and the wonderful Cote d'Azur in France.
He loves riding his Formigli GTF, a carbon custom hand made bike built in Florence, while climbing mountain passes in the Alps which is the best thing to do in life! Dreaming to climb all the passes above 2000m, it's a long way to the top! 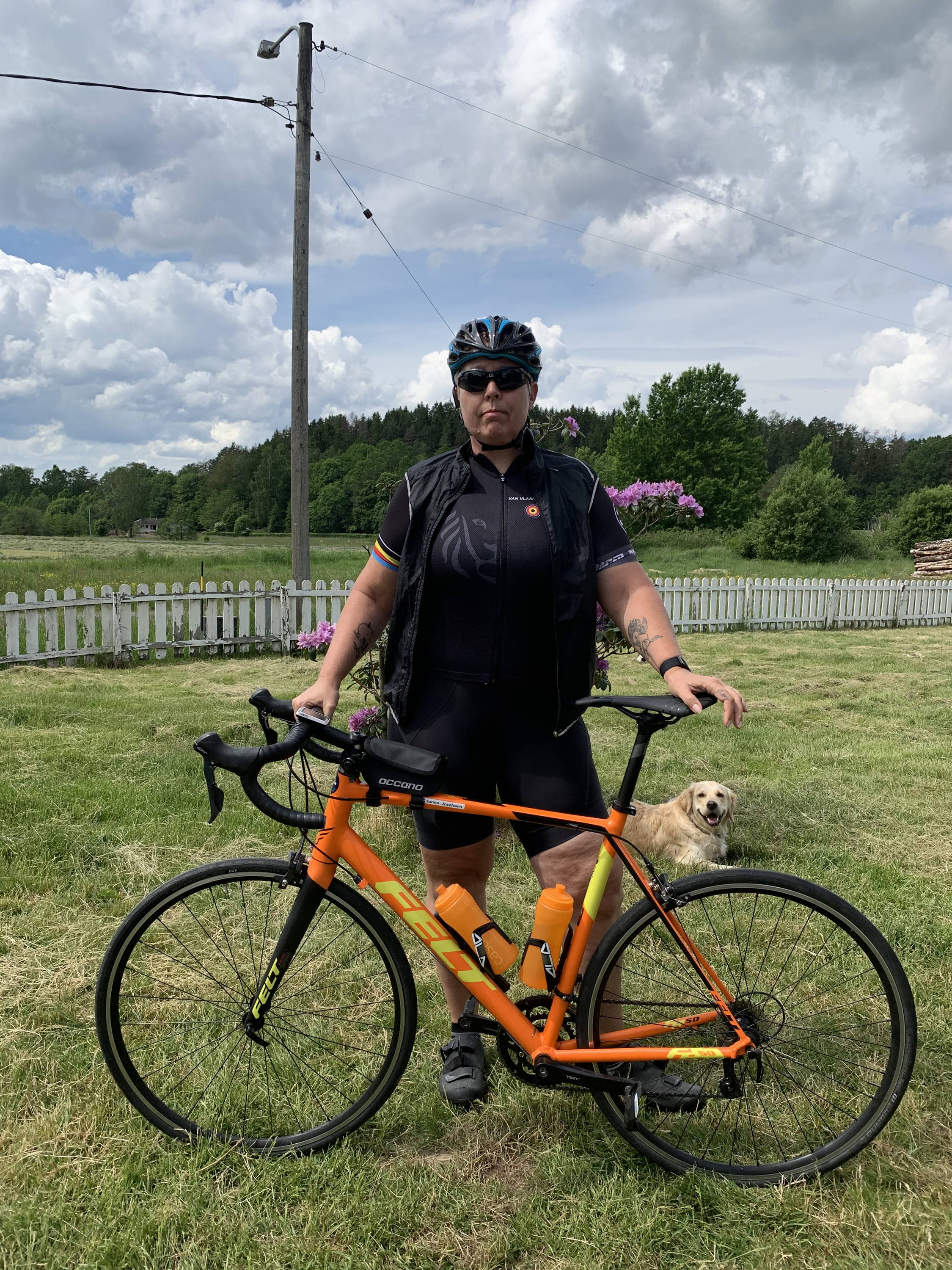 Sanna is 48 years old and lives in a small village in Sweden. Her fitness journey began about 12 years ago. She has done strength training, crossfit, spinning and so on, but after an injury in crossfit, she had to find something else to do. That is when she fell in love with mountain biking. That was about three years ago.

Her first big accomplishment was the Swedish Vasaloppet on bike. The event covered 94 km, and was a lot of fun. This lead her to purchasing a road bike, and has done 2 vättern runt, 3 halvvättern and 2 tjejvättern. Vätternrundan is 300 km so i think tht is my biggest accomplishment.

My favoritebike is a Giant Liv, but I ride on a Felt and a Lapierre right now. Someday she would like a Liv.

My favorite place to ride must be Motala. Vättern- Such a beautiful place.

My cycling goal is half ironman next year. 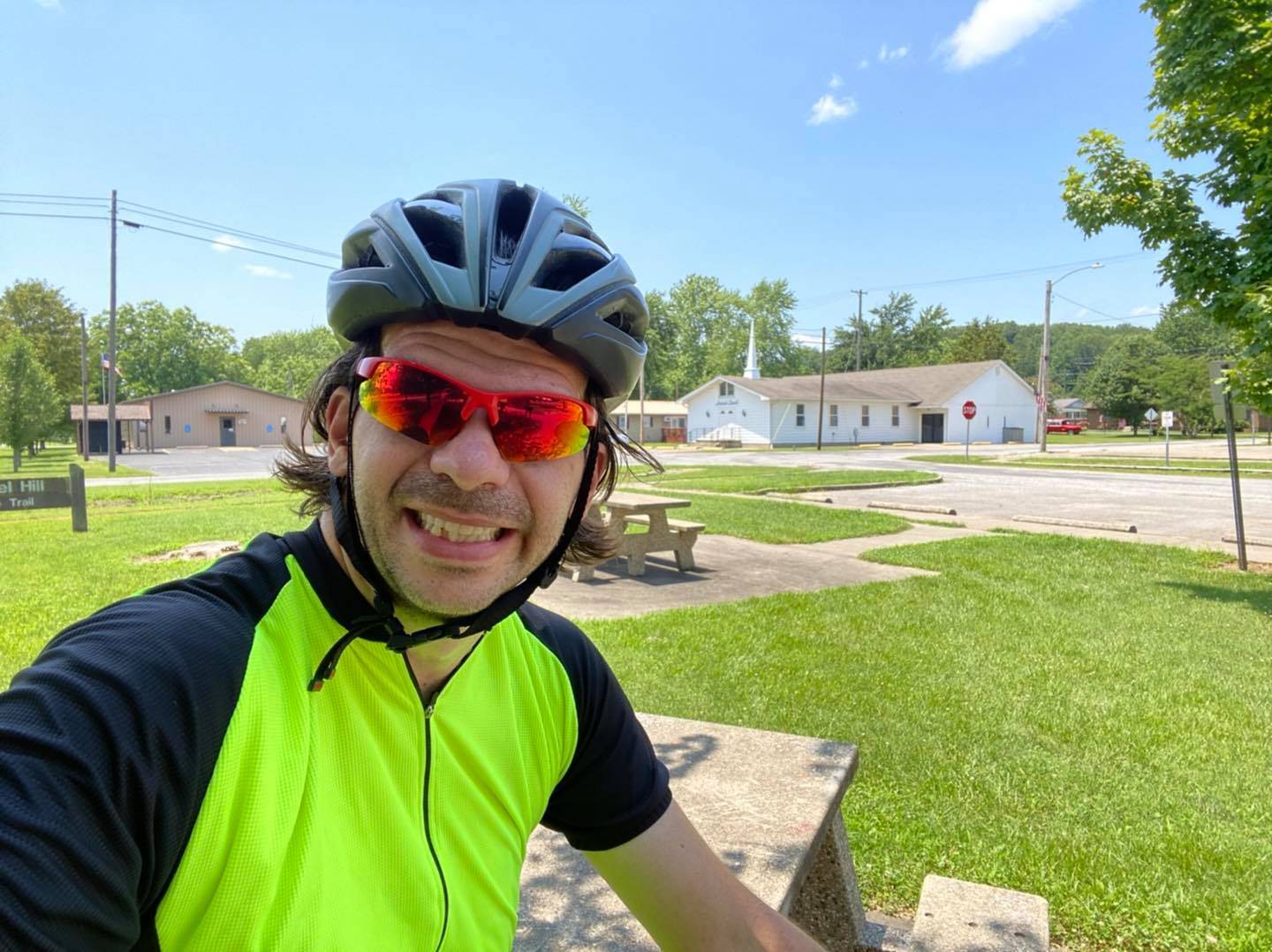 My name is Shawn and I live in southern Illinois. I've been an active cyclist since 2012 when I first started for weight loss. I was 300 pounds, a smoker, a terrible eater and I did nothing active. Then I picked up a bike, lost a lot of weight, started eating better and quit smoking.

Cycling as well as hiking led me to create a YouTube channel that has made me a local celebrity. I also get a chance to use my fame to promote cycling and that makes me really happy.

My favorite road bike to ride is my Trek Domane S 4 Carbon and for mountain biking, I love my Trek Marlin 29er. You can often find me crushing hills in a local state park or cruising down the trail of our longest rail to trail in the region, Tunnel Hill State Trail. When I'm not cycling, I'm usually hiking - both really goes hand in hand and is a great balance. 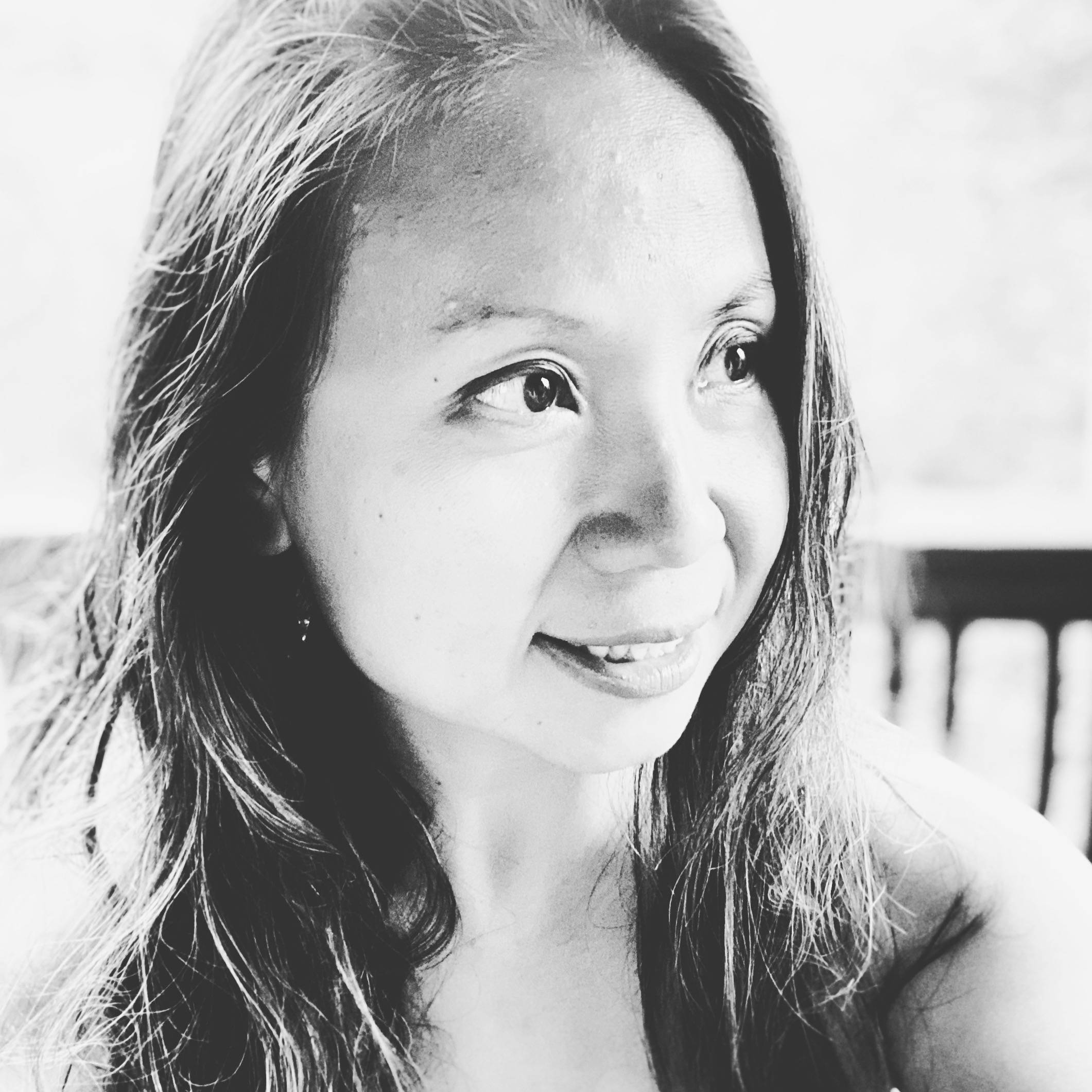 Judy Liu, MPH, RYT 200 is a ACE Certified Group Fitness Instructor, Zumba instructor, yoga instructor and RRCA Certified Running Coach. She teaches various group fitness classes at local fitness clubs including the YMCA and online. She competes in triathlons, half marathons and marathons. She is passionate about fitness! She is a cyclist advocate!

Judy Liu is a Trek Women's Advocate and works closely with the community to increase women's participation in biking activities. 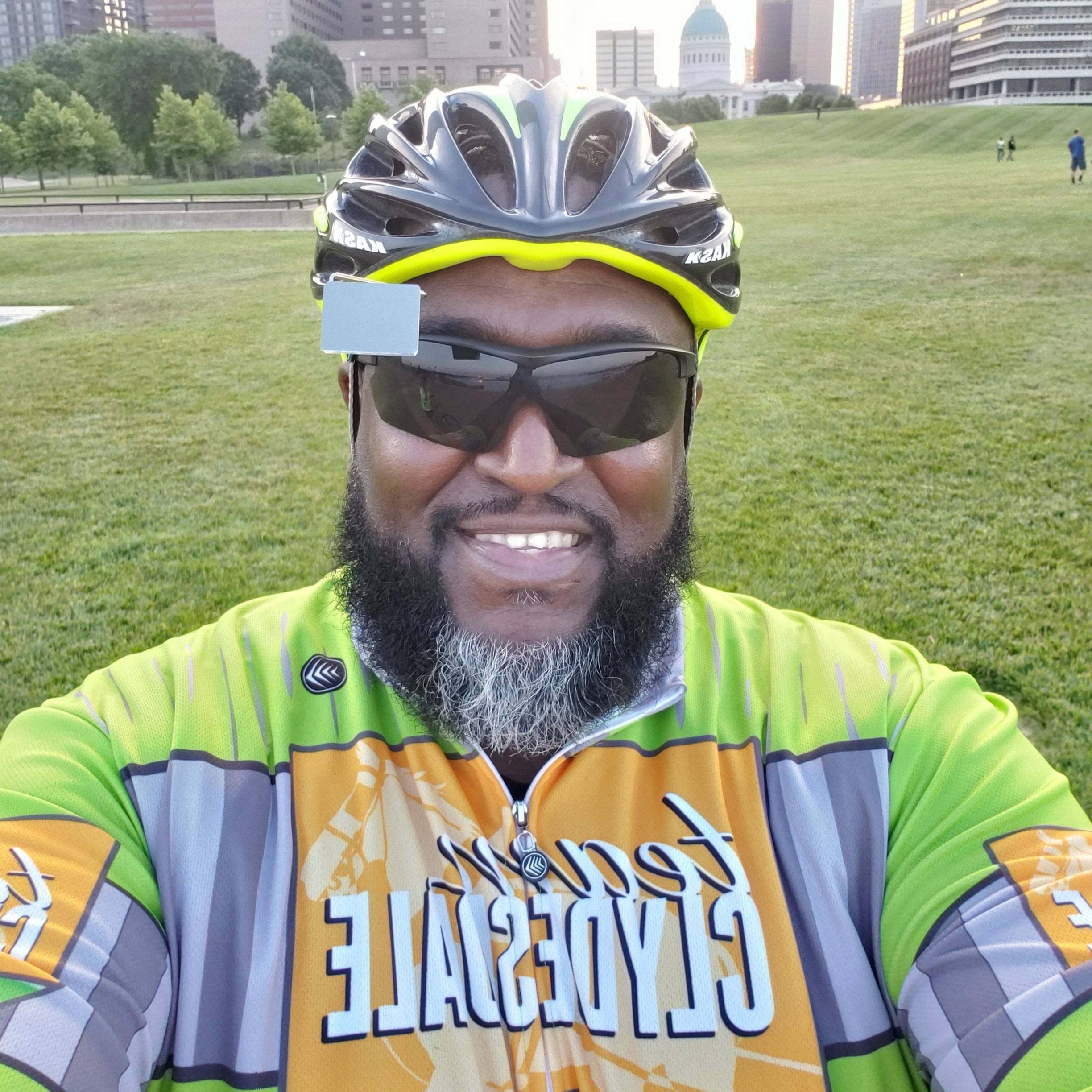 Encouraging the BIPOC community that bicycling is for everyone. 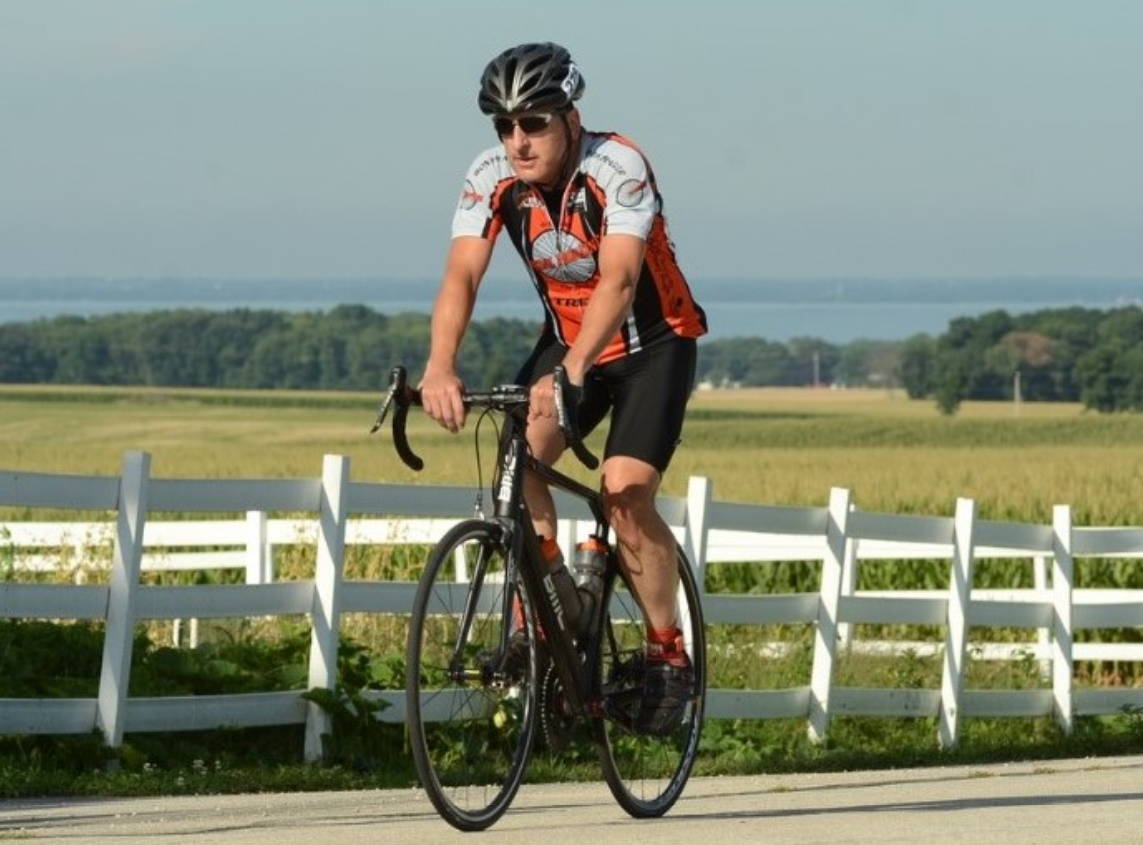 I became a cyclist gradually at first. In early 2003 I bought an inexpensive mountain bike to ride around town. It was something I did a couple of times per week to keep my legs strong. I didn’t think of myself as a cyclist; I was just exercising my lower body on the bike instead of in the gym. But by the end of that year I realized I was cycling for its own sake. It had become more than just a workout.
In 2004 I dedicated myself to cycling in a more serious way. I started tracking my rides and becoming motivated to set new mileage records, to explore new roads and new trails, and to develop more advanced skills. I rode almost 1,500 miles that year. In 2005 I challenged myself to ride twice as much, and I did: it was my first 3,000-mile season. In 2007 I surpassed 4,000 miles for the first time. In 2011 I surpassed 5,000 miles for the first time. In 2015, at the age of 50, I set a personal best that still stands: 6,236 miles. By the end of this season I will have surpassed 75,000 lifetime miles. I ride 175-200 times per year, limited somewhat by Wisconsin’s extreme winters. I do most of my riding on the road, but I’m also a big fan of recreation trails like the 25-mile Eisenbahn State Trail (https://dnr.wi.gov/topic/parks/name/eisenbahn/), which I can see from my living room window!
I bought my first road bike in late 2005 and initially I wasn’t sure road riding was for me, but in 2006 I did my first road race and my first charity rides. For the next few seasons I dabbled in road racing; there were few point-to-point options in a state where criteriums predominate, and I’m not a crit racer. In 2011 I bought a cyclocross bike and threw myself enthusiastically into that discipline. Also in 2011 I tried my first mountain bike race. In 2012 I replaced my old mountain bike and had a successful season in the Wisconsin Off-Road Series. I now have more than 100 race results—and 2 victories—to my credit: road races, time trials, cyclocross, and cross country mountain biking.
Soon after I bought that first road bike I got involved with a couple of local cycling clubs. I also joined Team Pedal Moraine (https://www.facebook.com/groups/TeamPedalMoraine/), the racing club which I now serve as team captain. Since 2015 I have been a leading member of Bike Friendly West Bend (https://www.facebook.com/Bike-Friendly-West-Bend-582833865229976/), an advocacy group for local bike and pedestrian issues. Since 2010 I have written about my cycling lifestyle on the Bike Washington County (bikewashco.blogspot.com) blog. But I’m best known for creating Cheesehead Roubaix (https://sites.google.com/site/cheeseheadroubaix/), a challenging annual ride in the style of the Spring Classics of the European racing calendar. Running on the last Sunday in April, Cheesehead Roubaix incorporates most of the gravel roads in the countryside north of Milwaukee and attracts about 300 riders. COVID-19 forced me to cancel this year’s ride but Cheesehead Roubaix should return in 2021 for its 11th edition. The ride raises money for a local volunteer fire department. 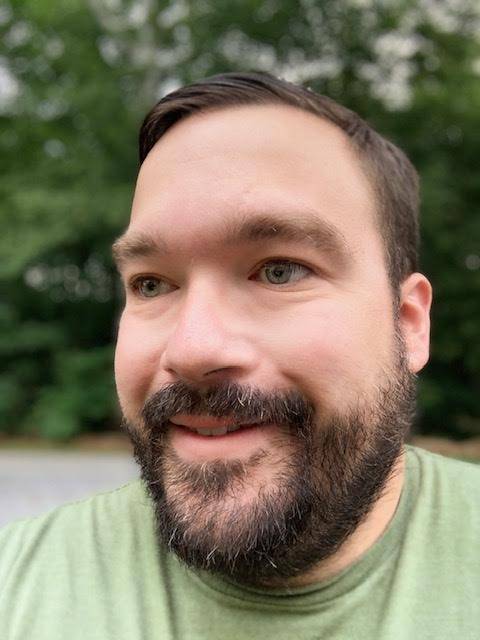 My 2003 Trek 2300 with US Postal team paint scheme and blue anodized Mavic Cosmos wheels. At 17 years old, it can still "hang" with some of the newer technology, and it still looks amazing! It gets complimented frequently when I ride it.

Get away from it all, and let my mind wander. I find riding to be very meditative and it helps me to relax and refocus.

To keep exploring new places, and keep pushing the limits of my riding and myself. 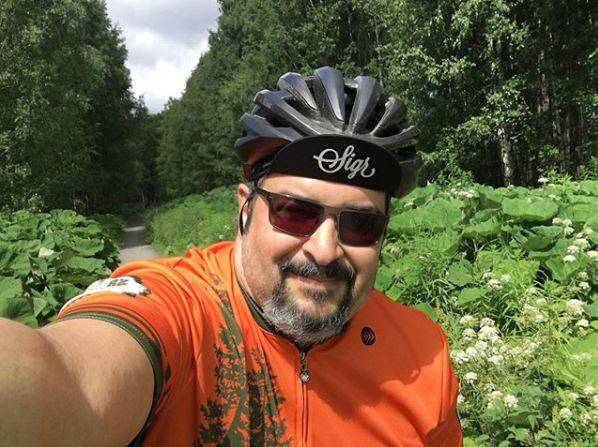 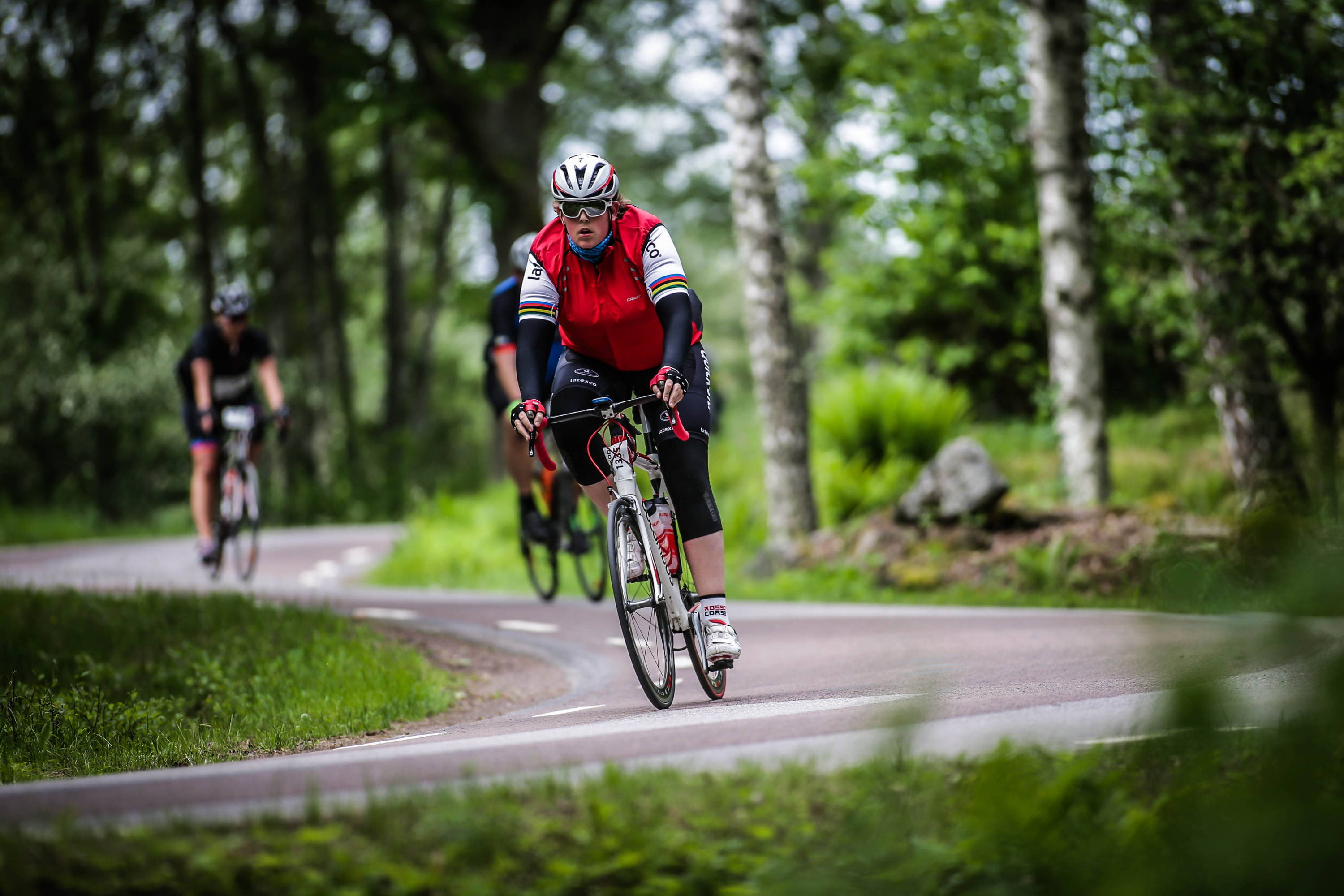 my absolute favorite bike is a trek madone and im still dreaming about that bike.

my cycling goals are to be able to complete the Vätternrundan which is 315km as many times as I can ... and maybe in the future complete an ironman 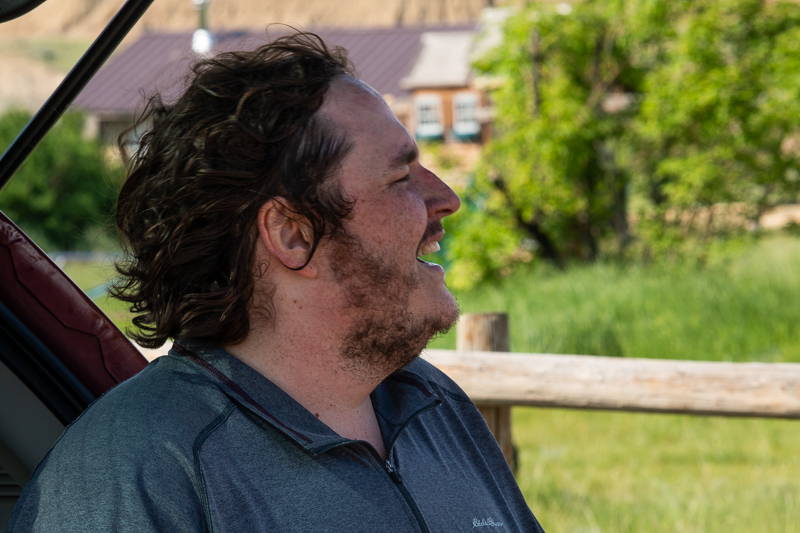 Hi! I'm Ryan Simmons. I was extremely overweight until I was 32 years old and because of that, I always envied my friends and their athletic, outdoor lifestyles. So, after losing 100lbs in less than a year I bought a bike and started pedalling! Now there's little I love more than a tough, endurance bike ride, especially around my home province of Alberta, Canada. In my first summer cycling I rode through Kananaskis country, the Badlands of Drumheller and I capped it off with 100km along the Trans Canada Trail in a single day. I plan to get a fat bike so I can continue biking all winter long and next summer I'm going to try some bikepacking! I'm a radio DJ by trade and love to share my weight loss and cycling journeys on Instagram, so please follow along @RyanLosesIt on Instagram! I'd be pumped to have you.